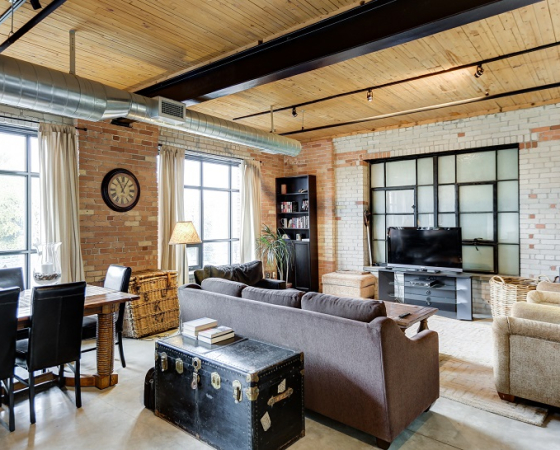 Days on the Market One

The Action: There were risks to listing this one-bedroom loft at Broadview Lofts at the tail end of November when house hunters often become preoccupied by impending holiday festivities. So agent Robin Pope decided bids would be reviewed in one week and if buyers didn’t move fast on the $950,000 price, it would be relisted at $995,000.

“Historically, Christmas is a quiet time and sometimes it comes a few weeks earlier than you expect it,” Mr. Pope said.

“While we were negotiating with a buyer – who was drawn to the listing when it was listed at $950,000 – we told them what we were going to do and followed through by relisting it … and we still got what we wanted.”

What They Got: This 1,022-square-foot suite with 10-foot post-and-beam ceiling, original exposed brick walls and polished concrete floor is in the original section of a former warehouse.

An original window abutting the new building wing was sealed up and transformed into a feature wall in the living and dining quarters. Sliding industrial doors provide privacy for a bedroom and semi-ensuite bathroom with stacked laundry machines.

A locker and parking round out the loft. Water and heating costs are covered by monthly fees of $554, as well as use of 24-hour concierge, party room and rooftop deck.

The Agent’s Take: ““Most apartments, especially in this building, are long, with two windows on the end. This is a shallow and wide apartment,” Mr. Pope said.

“It has a [feature wall], a sliding door and four windows on the fourth floor facing east, so you’re overlooking treetops.”

Originally published in the Globe & Mail on January 10, 2019 by Sydnia Yu