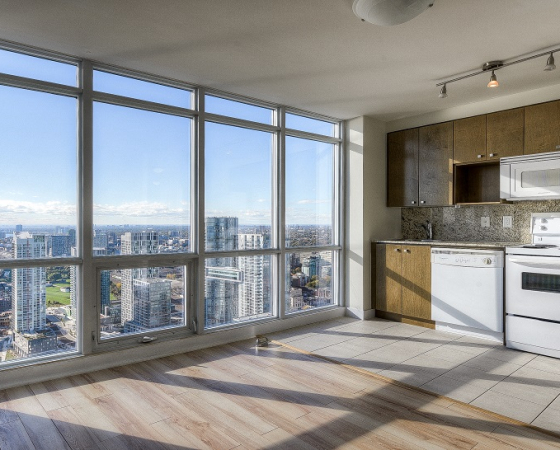 Days on the Market Two

The Action: Late last fall, agent Robin Pope oversaw several bidding wars for various condos he listed across the downtown core. In the case of this 468-square-foot suite at West One within CityPlace, the best of three offers set a new benchmark price for one-bedroom models there.

“[In] the last four weeks, the market has been very strong and everything I’ve been listing has been signed by multiple offers, so I’d guess it’s the last hurrah for 2016,” Mr. Pope says.

What They Got: Just west of Rogers Centre is a nearly decade-old high-rise, where this one-bedroom and one-bathroom suite has an open principal room with walls of windows, laminate floors and granite kitchen counters.

The unit comes with six appliances, including laundry machines, a locker and monthly fees are $296 for water, heating, 24-hour concierge, as well as a rooftop terrace, pool, fitness, games and media rooms.

The Agent’s Take: “You have this very large view westward, which is pretty spectacular when you’re 55 floors up. There’s nothing in front of it, you could see Mississauga,” Mr. Pope notes. “For $314,900, to have that kind of view is not very common.”

While the vistas stretch out for miles, amenities are within metres of the building. “It’s right at the foot of Spadina, so it’s very easy to get onto the Spadina streetcar … and there’s a big Sobeys grocery store about 300 metres away,” Mr. Pope adds.