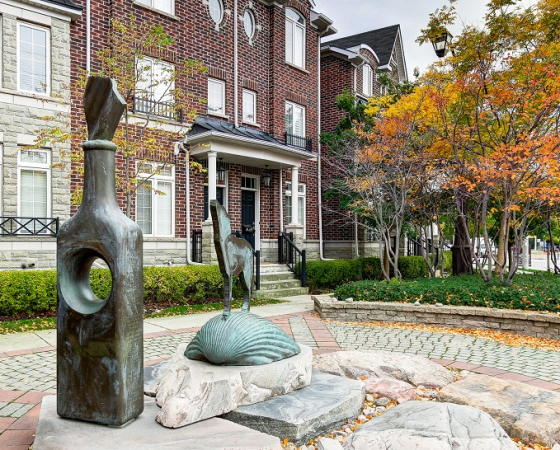 Days on the Market 17

The Action: The Windermere by the Lake subdivision had a handful of townhouses sell just around the $800,000 mark over a three-month period this winter. In the case of this three-bedroom townhouse, two offers dissolved while tenants still occupied the unit in November. Once the unit was empty, some renovations were done and it was relisted at $1,000 less in January, it fared better.

“Because of the market and the condition of the property, we decided it would be advantageous to wait until the tenant moved out, painted and cleaned it,” agent Robin Pope said.

“When we relisted it, it was like night and day; we had showings almost daily and then it was sold for full price.”

What They Got: Built roughly a decade ago, this three-storey townhouse has a street-level entrance and rear garage accessible through a lower-level recreation room.

Each level features nine-foot ceilings and two levels have access to outdoor spaces. A terrace is set behind the kitchen and a balcony is located off the largest of three bathrooms, which is a master ensuite.

The Agent’s Take: “It’s in Swansea, right on the Queensway across from High Park and walking distance to Toronto’s western beach, so there are a lot of nice amenities,” Mr. Pope said.

“And it’s a pretty attractive price to have that kind of space in the city when you can easily go north of the Queensway [where homes can be] $2-million. And if you go into the condo towers behind the townhouses, 1,600 square feet is going to be way more than $800,000.”

This unit was also designed with more living space than adjacent models.

Originally published in the Globe & Mail on March 29, 2018 by Sydnia Yu