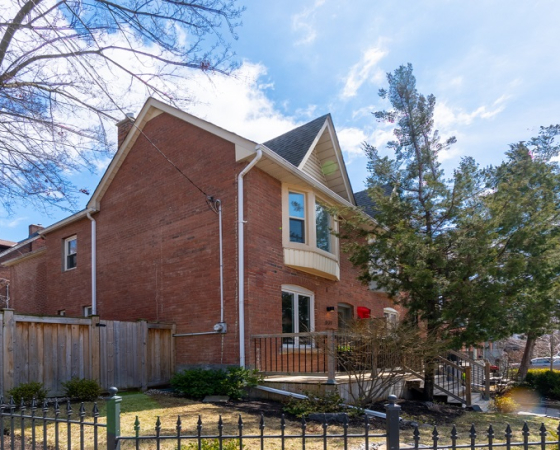 Copy & Some buyers and sellers in Toronto’s bumpy real estate market are finding ways to use the uneven terrain to their advantage.

One Riverdale family recently sold their house at 631 Logan Ave. when a “bully” stepped up and offered $1.503-million. The three-bedroom semi-detached was listed in April with an asking price of $1.195-million.

Robin Pope of Pope Real Estate Ltd., who represented the sellers, says the offer of $308,000 above asking came after only two days on the market.

“Someone made a completely emotional buy,” Mr. Pope says.

The sellers were hoping for multiple offers, he says, but they didn’t expect such a premium above asking in today’s unpredictable market.

The deal helped close the gap between the semi and the five-bedroom detached house the sellers purchased in the same neighbourhood at the tail end of the fall market.

The family was able to take advantage of the market conditions in that transaction too. In December, the seller set an asking price of $1.895-million and a date for reviewing offers.

But on offer night, Mr. Pope says, his clients had the only offer. After some back-and-forth, the clients agreed to pay the asking price.

Mr. Pope says the clients feel they got a deal because the sellers were expecting a bidding war that didn’t materialize.

“Frankly the timing was completely off – given the time of year – to expect multiple offers,” Mr. Pope says.

The sellers of the detached wanted a closing date in April. That worked well for his clients, Mr. Pope says, because they had several months to prepare the house on Logan for sale.

“They did very well in purchasing,” he says. “The whole thing was very serendipitous.”

When it came time to sell the house on Logan, Mr. Pope kept an eye on the other half of the semi, which sold a few weeks earlier. The two-bedroom house, listed with an asking price of $899,000, received one offer and sold for $1.168-million.

“That was our benchmark,” Mr. Pope says…

Originally published in the Globe & Mail on April 30, 2019 by Carolyn Ireland